The answer to the question, “How long do personal injury cases take to settle?” depends on various factors. Factors that can impact the time it takes to settle a case include the facts, law, and circumstances. Hiring an experienced attorney can speed up the settlement process.

With a booming permanent community and tourism industry, Las Vegas sees numerous people suffer serious injuries each year. From collisions at Charleston and Rainbow boulevards or other dangerous intersections throughout the city, to slip and falls or assaults, such injuries often result from the negligent or otherwise reckless actions of others.

To recover compensation for their injury-associated losses, many people pursue options such as reaching settlements with insurance companies or going to court. Whatever the path they choose, personal injury claims typically take time to resolve.

What Is the Personal Injury Claim Process?

Before deciding to file a lawsuit, many personal injury victims first file personal injury claims and attempt to negotiate with the insurance companies to reach a settlement without the assistance of the court system.

If the parties are unable to reach a settlement outside of court, then the victim may elect to file a lawsuit. Personal injury lawsuits typically involve the discovery phase, the mediation phase, and the trial.

During the discovery phase, the parties each have the opportunity to investigate and review each other’s evidence. Additionally, they learn the other side’s legal arguments regarding the accident, the resulting injury, and the compensation. The parties exchange and respond to questions (interrogatories) relating to the claims. A personal injury attorney may also take depositions from witnesses, experts, or other involved parties.

Parties may elect to participate in mediation, or the court may order the parties to do so. The court might order mediation if there is a breakdown during negotiations. A neutral third party (called a mediator) facilitates communication and aids the parties in reaching a resolution.

Multiple factors can influence the mediation timeline. It can take time for the case to get on the mediation schedule, and the process itself may take anywhere from hours to days, weeks, or even months.

The time it takes to go through and finalize the trial phase of personal injury claims varies based on several factors and may last anywhere from a single day to several weeks. The legal arguments presented and the number of witnesses called by the parties plays a role in the length of the trial. In addition, the volume of cases on the court’s docket and the judge’s schedule can increase the time a personal injury case is in the trial phase.

During the trial, the accident victim and alleged at-fault party present evidence, arguments, and counterarguments before the judge and, in some cases, a jury. Upon hearing all the pertinent details of the case, the judge (if a bench trial) or the jury (if a jury trial) will deliberate and issue a ruling.

Why Do Some Personal Injury Cases Take a Long Time?

The time it takes to resolve personal injury cases depends largely on factors such as how people go about obtaining compensation for their accident-associated losses and the steps involved in the process. Cases in which people reach early settlements with the insurance companies may resolve quickly. But accident victims in such circumstances run the risk of not knowing the extent of personal injury claims. As a result, they may receive less than they are entitled to under the law and have no recourse to take further action.

Pursuing a personal injury claim may take more time, but by the time the court awards damages or the two sides reach a settlement, people should have a clearer picture of the costs of their injuries.

Often, insurance companies seek to pay out the minimal amount possible. Therefore, they may offer less than what injury victims deserve, and further, push people to take those settlements as quickly as possible. Unscrupulous insurance companies may also try to mislead victims to believe that if they don’t take the settlement now, they may lose their opportunity to recover damages for their associated losses. Good personal injury attorneys are usually familiar with these and other money-saving tactics insurance companies use. Personal injury attorneys may protect clients from these and other practices.

In addition to handling the negotiations with the insurance companies, attorneys are also familiar with effectively presenting information to a judge or jury. They may strategically ask questions or provide statements to help create a clear picture of how the injury occurred, who caused the accident, and the short- and long-term effects of the injury.

People may recover compensation for the economic and non-economic damages resulting from their accident-related injuries. Compensatory damages cover the economic losses to which people may easily attach dollar amounts, such as lost wages, lost earning capacity, and medical bills. Non-economic damages cover losses that aren’t as easy to calculate. These include emotional distress, physical impairment or disfigurement, loss of enjoyment of life, and pain and suffering. Nevada does not put a cap on compensatory damages in personal injury claims; however, it does cap the non-economic compensation people may recover in medical malpractice claims to $350,000.

During the case, the defendant may assert comparative negligence as a defense. By doing so, the defendant would typically argue that the victim shouldn’t recover because they were partially at fault. Under comparative negligence, the court reduces the compensation that victims receive by the percentage of fault that the victims carry for the accident. For example, the court determines a plaintiff was 30% at fault for the motor vehicle accident that caused his or her injuries. He or she could not then receive more than 70% of the damages awarded in his or her claim. In most cases, plaintiffs who carry more fault than the defendant cannot recover.

What Do Personal Injury Victims Need to Prove?

To successfully bring personal injury claims, victims must prove intention, strict liability, or negligence by the defendant. Showing intent involves proving the alleged at-fault party willfully and knowingly caused the plaintiff harm. Strict liability involves proving that the defendant automatically carries legal liability, such as by law. To argue negligence in personal injury claims, plaintiffs must prove that the defendant owed them a duty of care, failed to carry out that duty, and as a result, caused the plaintiffs’ injuries. 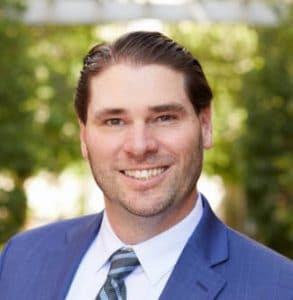 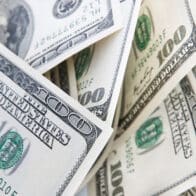 How Much to Ask for in a Personal Injury Settlement

How much to ask for in a personal injury settlement will vary depending on the nature of the case, including... 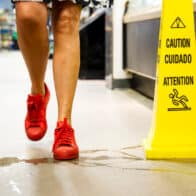 What Happens After a Deposition in a Personal Injury Case

After deposition in a personal injury case, a court reporter prepares and provides a transcript. Your attorney and the defense...

How Do Personal Injury Attorneys Get Paid? (Video)

In this video Las Vegas attorney Christopher Burk of the Patriot Law Firm addresses the issue, how do personal injury...