Sideswipe Car Accidents Can Be Deadly 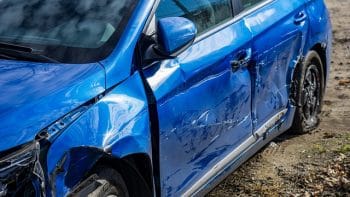 According to data collected by the Insurance Information Institute, 961 fatal accidents attributed to sideswipe collisions during 2017. These car accidents are typically thought of as minor incidents. However, they can be quite dangerous and cause severe injuries and fatalities. They are usually caused by one driver being at fault for failing to maintain his or her travel lane. An accident lawyer can advise accident victims whether they may be able to obtain compensation for their injuries, medical bills, and other losses.

What Causes a Sideswipe Accident?

Most sideswipe accidents are caused by one driver not maintaining his or her lane. Here are the most common reasons why a sideswipe could occur:

Drivers are required to maintain their lane of travel unless they are making a lane change or making a turn. In Nevada, there are three elements needed for proving liability in a sideswipe or other type of crash.

One, the injured party and their car accident lawyer must prove that the driver at fault owed the other driver a duty of care. This duty of care is to operate their motor vehicle in a safe and legal manner. Two, this duty was breached due to the negligent behavior of the other driver that caused the crash. This could include, driving while under the influence, distracted driving, or failure to maintain their lane. And three, the breach caused the accident that caused the victim to be injured and incur medical expenses.

When these three conditions are met, an injured victim could seek compensation through a legal claim against the negligent driver’s insurance policy through either a personal injury lawsuit or settlement.