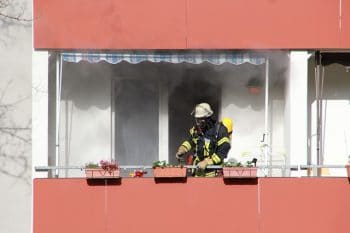 Recent investigations of deadly apartment fires in Los Angeles and Las Vegas have revealed landlord negligence. When a landlord’s action or inaction is careless and causes or contributes to a tenant’s or guest’s injury, he or she can be found liable for said injury in a personal injury lawsuit.

In the Alpine Motel Apartment fire in Las Vegas, six people died, many others were injured, and 25 families were displaced in December 2019 when a first-floor unit caught fire and spread through the complex. After the fire, investigators found 16 code violations in the building, including missing smoke alarms and an exit door that had been bolted shut. However, information came to light that the building had a history of violations and had been without a fire inspection for the prior two years. This showed a pattern of negligence on the part of the landlord.

In January 2020, an injury victim of the Barrington Plaza Apartments in West Los Angeles filed a lawsuit after a fire. This suit seeks unspecified compensatory and punitive damages. It is alleged that the building’s landlord ignored complaints from residents that included a lack of fire sprinklers, nonworking fire alarms, unusable fire exits, among other basic safety issues. The January fire resulted in 14 people injured, including three firefighters, a gravely injured resident, and a resident left in critical condition.

How is Landlord Negligence Proved?

In a personal injury case against a negligent landlord, the injury lawyer must be able to provide proof of negligence. That proof is evaluated by the court to determine if the landlord was negligent, which is possible to do even if the landlord did not intentionally plan to cause harm. Tenants must be able to prove that their landlord’s carelessness is directly linked to their injury.

During a personal injury lawsuit, the court will consider the following factors:

Even when a landlord’s behavior has met the thresholds of negligence, the injured tenant could be held responsible for their own actions. The court uses a comparative or contributory fault approach in allocating liability. If the tenant is found to have contributed to his injuries, the court could drastically reduce their monetary award.