Deadly Hit and Run Accident Are on the Rise in Vegas 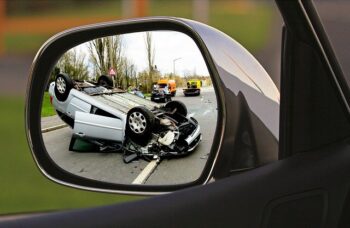 The department believes that each of these accidents could have been avoided. Consequently, the department is advising motorists to embrace safe driving practices and pedestrians to comply with traffic laws to control this surge in hit-and-run cases.

Why Do Drivers Flee the Scene of the Crash?

According to the department, most of the drivers caught fleeing the scene are impaired. Other drivers flee the scene because they think they are at fault, which sometimes isn’t the case. The department urges drivers to remain at the scene of the accident even when they think they are at fault. The decision of staying or fleeing an accident scene goes beyond felony charges. By remaining at the scene and calling the police, the injured accident victims can receive medical assistance right away, saving their lives.

Consequences of Fleeing the Scene of the Accident

In March 2015, Nevada introduced a law that bars drivers from fleeing the scene of the crash. Under the Nevada Revised Statute (NRS) 484E.010, parties involved in an accident that has led to bodily injury, damage to properties, or fatality should:

This law provides that a driver caught leaving the scene of a crash that has resulted in injuries, fatality, and/or property damages be subjected to a category B felony. Penalties are similar to those found guilty of DUI/DWI. They include a fine of between $2,000 and 5,000 and a compulsory sentence of between two and fifteen years in state prison.

An injury attorney can help a victim of a hit-and-run accident establish liability for the accident and negotiate a reasonable settlement for his or her losses. The attorney can also defend the victim’s right to the full extent of his or her damages.