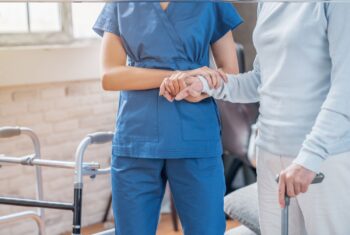 Private equity (PE) ownership harms nursing homes in many ways, such as the high risk of fatality for short-term Medicare residents, increased rates of antipsychotic medication use, higher taxpayer expenditure on care sessions. That’s the conclusion of a February 2021 study by the National Bureau of Economic Research (NBER). The study forms part of a mounting body of literature examining how private equity ownership affects nursing homes.

Lower staffing was common at the over 1,600 PE-owned homes sampled by the researchers. According to the NBER study, frontline nursing assistants reduced their number of hours by 3% following the acquisition of a nursing facility in a PE-funded buyout. Overall staffing dropped by 1.4%.

Increased Rate of Antipsychotic Medications Use

The study also found that patients in PE-owned facilities have a high likelihood of using antipsychotic drugs. The AARP and various groups defending the elderly have stated that these drugs are overused at nursing facilities. These drugs are also misused on elderly patients with dementia and related illnesses as a chemical restraint.

The study discovered that PE-owned nursing facilities often reduce staff and drug patients more, especially with antipsychotics. Researchers theorize increased usage of antipsychotics medications in PE-owned nursing homes as a cost-saving strategy. This is because such drugs could minimize the need for nursing home employees to attend to patients.

This strategy results in neglect in nursing facilities, which is often identified by poor personal hygiene, bedsores, and obvious weight loss among the patients. A nursing home abuse lawyer enables an abuse victim to seek legal compensation effortlessly. The lawyer performs all tasks that go into bringing a nursing home abuse claim against the negligent nursing home, including gathering information, filing a claim, and resolving a lawsuit.

A study published in the JAMA Network revealed that PE-owned nursing facilities had fewer personal protective equipment (PPE) for their employees than all other types of nursing facilities during the COVID-19 pandemic. Another study by Americans for Financial Reform in New Jersey, the state that reported the highest number of fatalities in nursing homes during the pandemic, discovered that PE-owned nursing had 24.5% higher COVID-19 infection rates compared to the statewide nursing home average. They also had 10.2% higher COVID-19 fatality rates. Other than COVID-19, neglect during the pandemic has also contributed to an increase in nursing home deaths.