What You Should Know About Sexual Abuse in Nursing Homes 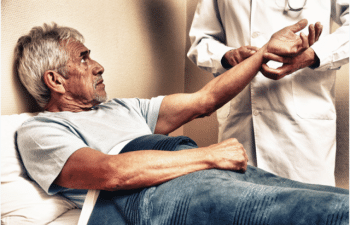 Nursing homes have a duty to protect patients from abuse and neglect. While incidents of sexual assault are considered rare, too often these facilities are slow in investigating and reporting sexual assault allegations. Adding to the problem is that patients may be unable or too embarrassed to report their assaults.

What is Considered Sexual Abuse?

Sexual abuse is considered unwanted sexual or romantic contact. Nursing home staff, like direct care workers or nurses, are not the only possible perpetrators of sexual abuse in nursing homes. Fellow residents, visitors, or trespassers might also commit this type of crime against the elderly.

Sexual Abuse is Under Reported

What Families Can Do to Protect Their Loved Ones

Family members should be aware of the signs of sexual abuse likes unexplained bruises on genital areas or thighs. The elderly person may suddenly have a sexually transmitted disease or develop anxiety, fearfulness, or depression. He or she may not want to discuss what happened or if they have said something to a staff member, they might not be believed because of their mental state.

When there is reason to believe that a family member has been sexually abused, the National Center on Elder Abuse (NCEA) recommends:

Reporting sexual abuse and taking the steps to stop further incidents can help loved ones begin the healing process.

Who is Most at Risk?

The elderly, especially women with physical or mental disabilities, including dementia, are most vulnerable to sexual abuse. Because of their conditions, they may be unable to provide consent or defend themselves against an assault.