The Risk Factors of Elder Abuse and Neglect 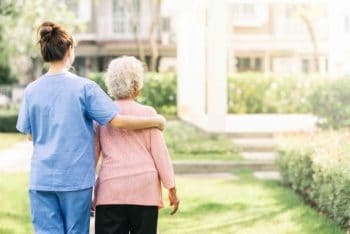 The elderly, especially those in nursing homes are a vulnerable population that must be protected. Research has identified which subsets of older adults are more at risk for elder abuse than others. This knowledge can help family and friends be better aware of the risks of nursing home neglect their loved ones may face.

What Puts Someone More at Risk for Elder Abuse?

Research gathered by the National Center on Elder Abuse from peer-reviewed publications and other experts reveals what groups of older adults are at risk of becoming victims of elder abuse. With America’s elder population continues to grow as Baby Boomers get older, awareness of elder abuse should be a concern of all.

Most at risk for elder abuse and neglect are older adults who:

Abused or neglected elders who are physically abused are at an increased risk for premature death. They have three times the risk of dying than those who have not been abused. The impact of psychological and emotional abuse can lead to faster declines than experienced with only physical abuse.

Dementia Patients Most at Risk for Abuse

Older adults who suffer from dementia, including Alzheimer’s disease are at an extremely high risk of being abused. Approximately 5.1 million elderly adults over 65 suffer from some type of dementia. Almost half of all adults over 85 have Alzheimer’s or other types of dementia. It is estimated that more than 50% of people with dementia will experience some type of abuse.

Adults suffering from dementia experience memory impairment, communication problems, and issues with judgment. They also may be incapable or too embarrassed or frightened to report their abuse to family members if they are being abused in their nursing homes.

World Elder Abuse Awareness Day (WEAAD) takes place on June 15. The purpose of WEAAD is to bring awareness and send a call-to-action to communities around the world about the abuse and neglect of the elderly. This is done by raising awareness of the social, cultural, demographic, and economic processes that lead to elder neglect and abuse and the impact it has not only on the elderly, but society as a whole.