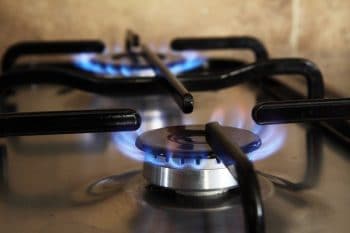 With lots of guests, distractions, and people cooking a variety of dishes, the number of cooking fires on Thanksgiving dramatically increases. Fortunately, the risk of Thanksgiving fires can be reduced when people follow a few safety steps.

Thanksgiving is the Peak Day for Cooking Fires

The National Fire Protection Association (NFPA) reports three times as many home cooking fires happen on Thanksgiving Day versus a typical day during the year. In 2017, 1,600 of these fires occurred. Cooking a turkey is one of the top causes of a home fire.

Turkey fryers are popular among consumers. However, they are dangerous and could cause severe burns and property damage if they catch fire. Using a turkey fryer in a garage increases the risk of having an uncontrollable grease fire. Additionally, severe burn injuries can occur from hot grease, steam, or food spills from them. Small children are especially susceptible to these injuries if they are running around.

If a turkey fryer must be used, it should be used outdoors and away from all structures. The area where the fryer is set up should be clear of yard debris and away from trees and overhanging branches. The fryer should never be left unattended. All safety instructions should be followed while frying the turkey. A fire extinguisher should be kept nearby to extinguish flames if a fire does start. The fuel source, such as a propane tank, should be turned off as soon as possible.

Baking a Turkey in the Oven Can Be Dangerous, Too

It is easy for people to become distracted while cooking a turkey for hours. Once a turkey is in the oven, it should not be left attended. While it is rare, a turkey in the oven can also cause a fire if grease splatters or if the oven had a previous grease spill.

It is not a good idea to remove the turkey from the oven while it is on fire because it could cause other items in the kitchen to catch fire. If the turkey fire is not too extreme, it may be possible to snuff it out with a cooking lid while it is still in the oven. Otherwise, if the flames are too large to contain, a portable fire extinguisher can be used to put the fire out while still in the oven.